Established in 1997 as the Tuskegee Human and Civil Rights Multicultural Center, later named the Tuskegee History Center, our non-profit organization  was formed originally and primarily to serve as a permanent memorial to the victims and survivors of the Tuskegee Syphilis Study.  The men of the Study requested an apology from the federal government in a press conference held at Shiloh Missionary Baptist Church in Notasulga, Alabama.  During the press conference, Study survivor Herman Shaw said, "...we want to build in Tuskegee...recognizing our contributions and others from Macon County have made to this country."  The vision of Mr. Herman Shaw and that of civil rights attorney Fred Gray, encompassed the rich history of the entire community.  Under this new vision would be the recognition of the three cultural groups that have contributed tot he shaping and reshaping of Macon County - Native Americans, European Americans, and African Americans.

The museum has grown quite considerably its initial conception.  In 1998, Alabama Exchange Bank (now PNC) deeded a downtown bank building (formerly Southtrust Bank) to the Center for a place to house museum exhibits that tell the history of Tuskegee and Macon County.  In 2001, the Center presented its first temporary exhibit about the Tuskegee Syphilis Study, titled "A Greater Good".  The interactive art exhibit was a compelling and provocative presentation of the Study utilizing videos, textiles, and distinctive photographic imagery.  In 2002, the Center was designated as the official visitor center of Macon County by the Macon County Commission, and in a subsequent year, it was also designated the official visitor center of the city of Tuskegee by the Tuskegee City Council.

There has been interior and exterior renovation work to convert the former vacant bank building into a vibrant history museum.  In conjunction with physical changes, there have been the addition of a myriad of educational programs, workshops and activities over the years, including temporary museum exhibits.  Our temporary exhibits have ranged from traveling Smithsonian exhibitions, to a locally produced Tuskegee Airmen Art exhibit of national and international artists.  Our programs have attracted the attention of individuals and groups from all over Alabama, America, and the world. 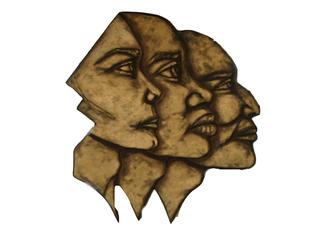 Three cultures, two centuries, one land.
Visit the past, journey through times of triumphs and tragedies as Tuskegee/Macon County people of the South shape and change the nation.

About Us: Sharing Stories that Shaped America